As with the arms and torso of the RX-78-2 Gundam, the legs possess an inner frame that can be assembled first before the outer armor panels are attached. In all instances - on the arms, torso or leg - when inner frames were being build, the assembly design has been such that some pieces outer armor would invariably become part of the overall mix. Visually these outer armor panels stick out by virtue of being the few non-metallic pieces of the inner frame build (see below).


Similar to the Arm Inner Frame before it, the number of parts involved in the Leg Inner Frame build was surprisingly low. Both had assembly processes that were considerably less complicated than the Torso Inner Frame which comprised a fairly high part count. The only issue of note, if you could call it that, was the need to mask some of the parts during the painting process. This was more of a chore rather than being difficult, due to the need to mask tiny parts with big clumsy hands.


Compared with the arms and torso, it was actually much easier to build the leg's inner frame. That could have been because I had become more experienced at this stage or it was due to the inherent design of the build. Either way I found it almost effortless when putting the Leg Inner Frame together. Perhaps the parts with hooks confused me for a while but it wasn't too big of a deal.


Good articulation design of the build allows the Leg Inner Frame to bend almost 180 degrees onto itself. However, it's likely the knee joint might not bend as much once the Outer Armor Panels are attached onto the inner frame. At the very least, I would expect this level of articulation to allow the RX-78-2 Gundam to execute the "take a knee" pose, once the mecha is fully assembled.


While I've managed to keep to my self-imposed minimum of one blog post a week by writing about my backlog of completed stuff, it has been relatively quiet on the actual hobby front these past month or so. Thankfully it's not another episode of the dreaded hobby malaise. It's just life imposing itself on available hobby time. Oh well, there is always tomorrow. And with that I leave you with a quote from Stranger Things 3 ... Yeah, the real world sucks, deal with it like the rest of us - Jonathan Byers.

Posted by FourEyedMonster at 21:36 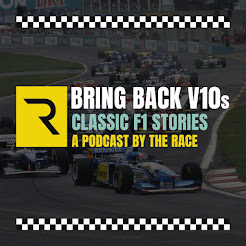