Unlike in most other fields where artists can start from a blank canvas, we miniature painters and modellers are beholden to the quality and detail of a sculpture or model kit for the end result. That make us more akin to a renderer rather than creator. So it helped that Bandai produced a very well thought out model kit of BB-8 which made life easier for me to achieve a respectable finish.


Let me make one thing clear. I'm not saying in any way, shape or form that I nailed the recreation of a mini-movie version of BB-8. Far from it. Sure I did some repainting, panel lining and weathering but not enough to make this kit as realistic as it can be. What I am saying is Bandai's BB-8 looks disproportionately good (or has the potential to) in relation to the amount of work put into it. Or in simpler terms, Bandai's BB-8 model kit can still look good without doing much work on it.


I had so much fun with this model kit that it is not inconceivable I will build a second one in the future. If I should ever attempt to do so, there are a few things I can do differently. Chief among them to do increase the level of weathering. In addition, I might have to repaint the orange parts or at the very least lay on a thicker layer of semi-gloss clear coat. Now these are things I could redo now but as the missus is happy with the way this version of BB-8 looks - it is after all a gift for the missus - no changes were made to it. That, if it ever gets done, will be for BB-8 two-point-oh.


This version of BB-8 will eventually be displayed in its new home i.e. the missus's office. To better protect it, I encased the completed model kit in a small plastic display case (see last photo).


So that's one droid finished and another to go in the Bandai Star Wars 1/12 scale BB-8 and R2-D2 plastic model kit set. But I think I'm going to take a short break from this kit and do some W40K stuff just to stay in touch with the SciFi universe that got me started in miniature painting in the first place. If I do go down that path, I'll be adding to my Ode to Chaos project and paint up a Chaos Space Marine Chosen in service to one of the four chaos gods (the first was to Nurgle). As to which Chaos god will be the next to bestow its favour, I hope you will stay tuned to find out. Until then, peace out!

Posted by FourEyedMonster at 00:29 22 comments:

What became clear from the very beginning when working on the Bandai BB-8 plastic model kit was that I wasn't going to use any of the decals provided. Instead I decided to paint the sections for which decals were provided, most notably the coloured sections of the antenna and surrounding areas of the lenses. As for the rest of BB-8's head I either left it alone (e.g. lenses), carried out a complete repaint (e.g. metallic parts), applied a semigloss clear coat followed by some weathering effects (e.g. the white and orange coloured body plates/chassis) or used an enamel wash for panel lining work.


While a complete repaint of the BB-8 entire model kit would presumably result in a more realistic piece, I nonetheless felt that parts of plastic kit (e.g. white and orange coloured pieces) were a good enough base to work from sans a total repaint. Left alone the said parts did admittedly look toy-like and plasticky. But a combination of semi-gloss clear coat and weathering effects has the potential to counter this unwanted feature and increase BB-8's level of realism.


If there was something I would do differently up to this point in time it would be to apply a thicker clear semigloss coating before applying weathering effects. That being said, the beauty of mistakes is getting the chance to learn from them. So hopefully things will turn out better with the body.


I've gone on record singing the praises of BB-8's tinted lenses. It's a key component that allows this model kit to achieve levels of realism which would otherwise elude it. Once BB-8's body is completed and fixed to the head, I'll have to touch up existing weathering effects on the head so as to achieve a consistent overall look. Other than that, the astromech's head is more or less complete.

Posted by FourEyedMonster at 01:07 10 comments:

Known for its impressive details, the Bandai Star Wars product line did not disappoint in this regard when producing the BB-8 and R2-D2 model kits. Strangely enough, despite being a fan since the very beginning I've never owned any of collectible of the franchise's most iconic droids i.e. R2-D2 and C-3PO (and now BB-8 for the younger generation). They were either badly detailed or when done well, extremely expensive. It has taken me 40 years to get my hands on a R2-D2 model that is both appropriately priced and detailed. Granted I'll have to assemble and paint him but that's just gives me better control over the final piece. And then there is BB-8 ... pure icing on the cake.


Photos on the sides of the box packaging give a hint of the tremendous potential inherent in both model kits. It's so detailed that Bandai has even included arm extensions for BB-8 (e.g. the mini-blow torch arm and slot for memory drive) and R2-D2 (e.g. the computer interface arm, grasping arm, power charge arm, lubricant application arm, scanner antenna, buzz-saw arm and extendible auxiliary visual imaging system). This allows for numerous pose variations for those seeking to build a diorama. For now, I'll build vanilla versions of both droids that excludes the arm extensions.


Both droids come with 'colour-moulded' parts for those of you who do not want to go through the trouble of painting them. That is okay if you are fine with a plasticky toy-like look as your end result. However if you are looking for a more realistic finish there is no avoiding weathering/painting the parts or at the very least coat them with a layer of semi-gloss or flat clear coat.


I could go on and on about the movie-accurate parts but actually one minor detail is what truly made this model kit's potential come alive as it were, i.e. the tinted plastic photoreceptor lenses. Bandai's own little touch of genius goes to show they have put serious thought into handing modellers the necessary building blocks from which to create a movie-accurate mini version of the real thing.


Once finished, BB-8 is heading for the missus's office cubicle while R2-D2 will likely be destined for my personal collection. My first Star Wars droids. Can't wait to get started.

Posted by FourEyedMonster at 10:19 10 comments:

Eyes are the scariest part of the miniature painting process. Hours of hard work can be rendered immaterial if one botched up the painting of the eyes. That I have stopped using any form of magnification for my miniature painting sessions didn't help. But despite that I managed a trio of firsts in the painting of a miniature's eyes: a proper lens highlight, bottom eyelids (through subtle shading of light and dark) and the medial canthus (the pink section on the inside corner of both eyes).


I am not, however, under the impression that I have done all I can do in improving my techniques in painting the eye. Unfortunately the very things I believe I can improve on - the painting of a black pupil within a coloured iris (or at least the optical illusion of one) and the painting of eyelashes - can only be done using some form of magnification. Some Japanese painters I admire use what looks like telescopic visors to magnify the miniatures. I can't find those yet and my naked eyes can't quite cut it.


While the size of the Hasbro Princess Leia isn't as small as some of the miniatures I'm used to working with, it's still small enough to make painting a challenge, especially her facial features. Her diplomatic gown is fairly straightforward and was painted with strong contrasts between the shadows on the folds/creases and the highlights of exposed fabric - all done in the style of comic book art.


To differentiate Leia's white diplomatic gown, I had actually painted her belt and boots in ivory (as seen in the photographic references of the book Star Wars Costumes). But because the whites were a combination of beige, grey, ivory and white, the contrast achieved between her gown and belt/boots turned out to be too subtle and insignificant as to be unnoticeable in the photos shown here.


For a first attempt at repainting an action figure, I find myself pretty happy with the overall result. Sure I could've done better transitions on her gown; gotten more detail on her eyes; etc, etc, etc. [Breaks into song ... Gettin' to know you, Gettin' to know all about you. Gettin' to like you, Gettin' to hope you like me ... but I digress. And unless you like musicals you won't know what just happened]. But I'm still proud of this little repaint job of Princess Leia. She now awaits Han Solo to join her.


Before the two action figure lovebirds can get together on my display shelf, there are some Bandai droid projects I need to complete first. One of them is for the missus and the other is of the allegedly primary point-of-view character or story narrator in all the Star Wars movies. More on the cute duo in my upcoming blogs. Until then, I wish you a happy and productive week ahead.

Posted by FourEyedMonster at 09:25 22 comments: 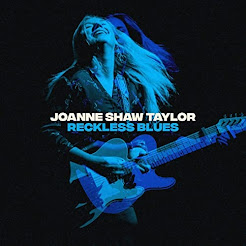 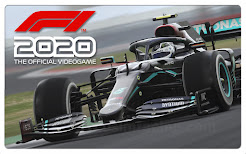