500th Post Special: My Top 10 Studio Albums to paint and draw to; a Spotify experience

Access to Spotify has allowed me to relive my 'youth' by streaming music I had on cassette tapes and compact discs. The former has gone the way of the dodo bird while the latter is nearly there if it hasn't already. That some of the artists here don't even make my Top 10 favorite artists list isn't a discrepancy at all. Because for me there is a marked difference between the totality of an artist's body of work and a sole studio album that just works on every level, every song. Even so I do regret not including one particular band as one of my favorite artists; they come in at No.6 in this list.

Before we start here are some ground rules as to what type albums are allowed on this list. First and obvious condition is album tracks should mostly be recorded in a studio. Secondly, each artist is only allowed to appear once in this list. And whilst the occasional cover song is acceptable, the album should comprise mainly of original songs. Finally these albums have been more than the sum of their brilliance in music alone in that each has coincided with a few milestones in my life. So without further ado and in no particular order, here are my Top 10 English Language Studio Albums: 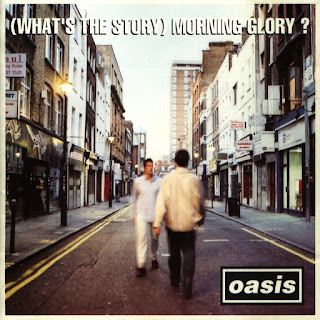 Stuck in a biochemistry research lab late into the wee hours day after day in my final year of uni brings back fond memories only because of one thing. Oasis and their sophomore album (What's The Story) Morning Glory? Liam Gallagher's irreverent vocals coupled with the band's guitar driven wall of sound made for a compelling listen, over and over again. Liam's brother Noel was a songwriter who had a decent set of pipes himself. Putting aside the sibling discord that continues to this day, this album was a musical roller-coaster ride that I still listen to repeatedly till this day. 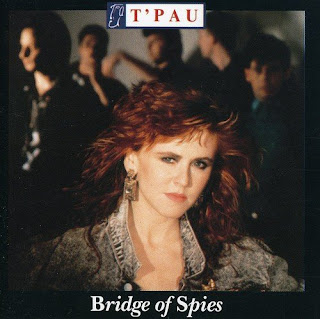 At a time when pop music was my world, the music of T'Pau perhaps epitomized all that's good of this oft derided music genre. In general, pop albums tend to lose their appeal upon repeated playback as the hooks that make you fall in love with the music quickly will in turn, ironically so, make you tire of the song just as fast. But Bridge of Spies is different in that it's one of the very few pop albums that has sustained my interest even after all these years. Moreover the group's name is inspired by a Vulcan character in Star Trek, my favorite sci-fi universe. What's not to love about that. 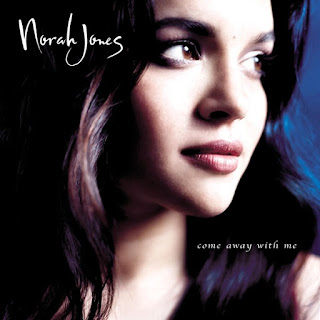 For a calming effect, there is only ever going to be one singer for me ... Norah Jones. My years in the financial sector was easily the most stressful work-wise. Through it all, listening to the bluesy, jazz and folk influenced album of Come Away With Me was a soothing balm to my then shattered soul. Coupled with her mellow voice, Norah Jones has a way with song phrasing that just melts the troubles away. Her debut effort was a joy to behold and it remains a firm favorite in my albums playlist. Most notably she is the only solo artist to have made it to my top ten list. 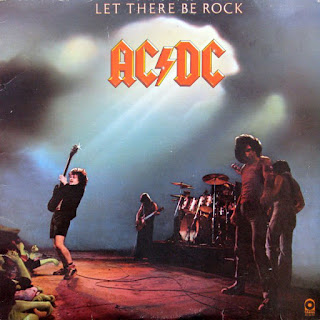 To me, every AC/DC album with Bon Scott at lead vocals was a rock masterpiece. Now I'll admit their first album sans the late singer at the helm was their best ever album. But overall I still prefer the band's body of work during the Bon Scott era. And of all the albums ACDC produced with him as the frontman, Let There Be Rock was arguably the best of the lot. Bon Scott's drawl was the voice of Rock music. In my opinion, no other singer can compliment lead guitarist Angus Young's insane riffs so well. Are there better singers? Sure of course. In tandem with ACDC's Blues/Hard Rock, no. 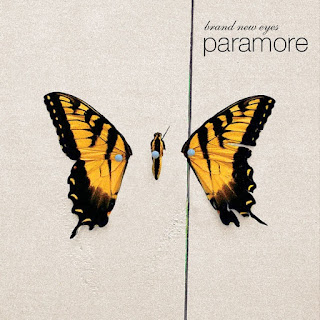 As we grow older we tend to cling to the music of our younger days; seemingly unable to embrace new sounds in a big way. Technically this isn't actually music of my youth seeing I was already on the wrong side of my 30s by then. Brand New Eyes made the list seeing that Paramore was the last band I took to in a big way and that was nearly a decade ago. This is an excellent album. In it, Hayley Williams showcases vocals that are full of attitude and emotion while accompanied by a tight band with forceful sounds arising from quickfire beats of her fellow band members' guitars and drums. 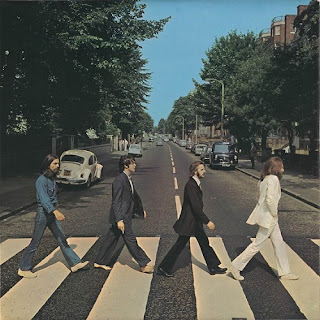 The Beatles need no introduction. And trying choosing just one Beatles album for this list was almost impossible. Almost. Abbey Road, the band's penultimate studio release (but their final one recording-wise) remains my favorite Beatles album. For me, what tipped this album above the rest was the 16 minute medley of eight short songs toward the latter half of the album. Incidentally, Abbey Road also has my favorite album cover of all time. Inexplicably and unforgivably, I had left The Beatles out of my Top 10 artists list. Back when I did that list, it had been ages since I had access to their entire discography and had forgotten the genius that is their music. With Spotify that's no longer the case. 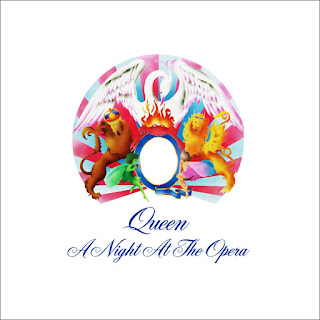 What can I say about this album that hasn't been said. It has that six minute operatic rock song. You know the one. But more than that the entire album just works as a whole. In the years Queen were together, each band member wrote more than one No.1 single. That talent is out in full force in A Night At The Opera. As Wayne Campbell puts it "I think a little Bohemian Rhapsody, gentlemen." 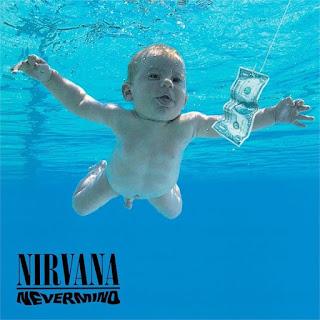 Admittedly I never gave Nirvana a listen when they burst into the mainstream music scene. It would take a completely unrelated incident (see Special Mention below) to eventually point me towards Seattle Grunge. My enduring memory of this album relates to their first hit single. Back when record stores were still a thing, I used to walk by one on the way to school. And on this shop's window were numerous TVs were linked together to make a huge display to play music videos. One day the shop front was just packed with people. All of them watching Nirvana perform Smells Like Teen Spirit. You know a band is big when it can make people from all walks of life to just stop and listen. 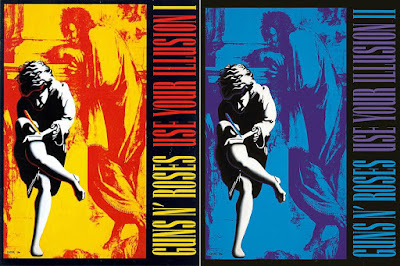 Peer influence got me listening to Gun N' Roses when they debuted with Appetite For Destruction. But if I'm honest I never really truly got into GNR until their third and fourth consecutive studio album releases. Although strictly speaking each is an album in its own right, I've always considered them as an inseparable whole. Studying for my uni entrance exams, not doing that well, and feeling just absolutely fed up - I guess GNR music was an outlet for my teen angst. To each is own. 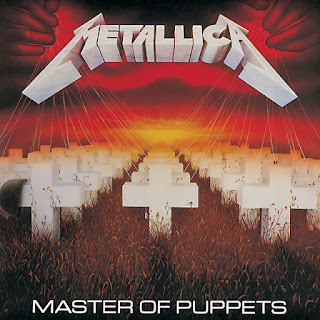 I started listening to Metallica right about the time they were entering mainstream music via The Black Album. This was sometime in the early '90s. But as appealing as Enter Sandman sounded, it wasn't the Metallica music I connected with. That came later as I searched their album backlog and came across Master of Puppets. Machine gun riffs, loud and headbanging music - it all appealed to me as I was slowly transitioning from the world of pop music to something heavier. The special mention album below lit the spark but it was the heavy metal of Metallica that made it burn. 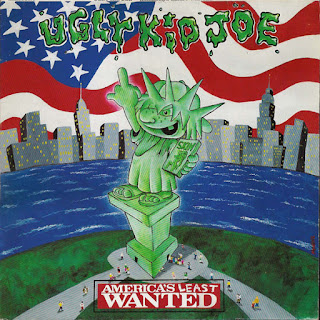 America's Least Wanted is strange one. It's not a great album; it's not bad either. But in terms of epic personal milestones, this album tops them all. Up until the time I got my hands on it I was still mainly into pop and classical music. Weird as it may sound, this Ugly Kid Joe album was an a-ha moment for me musically in which a door to many other genres be it rock, punk, folk, alternative, metal, jazz, blues, etc. was suddenly opened to me. The story of how I got this album is even more unbelievable. You see, my late dad was on a business trip overseas and happened to pass by a record shop. For some reason he went in and asked the owner what do kids listen to nowadays. Well, he was given an album with a cartoon figure showing the middle finger and he still bought it. The rest is history.

There are of course many albums which have been undeservedly left out of this personal Top 10 Studio Albums list. Some are included in the photo montage above. How many can you name? If you had patiently read through this post until the end then I thank you profusely for having indulged this old hobbyist his trip down memory lane. The next post will be strictly about model kits. Promise.

Posted by FourEyedMonster at 19:30 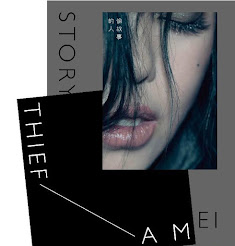 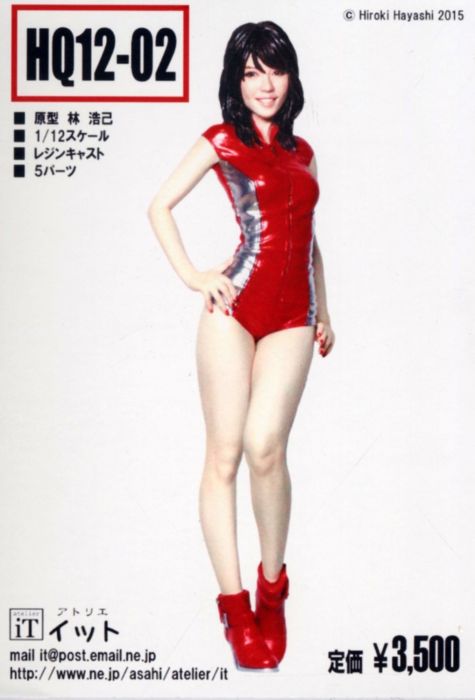 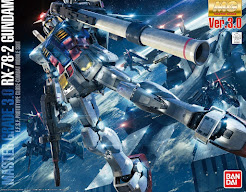